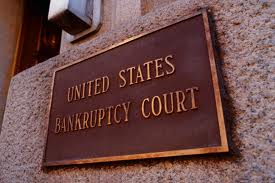 If your income is at or below the average income for your state you may file a Chapter 7 Bankruptcy.  Chapter 7 discharges most debts in a manner of a few months.  In a typical Chapter 7 filing you pay NO MONEY to your creditors.

If you make more than the average income, you still have an option in a Chapter 13 Bankruptcy where you pay back a small percentage of the money you owe over a period of up to 5 years.  After the repayment period ends, you receive a discharge on all remaining debt.

Bankruptcy is not the end of the world and it does not mean you are a bad person.  It is a legal way to get rid of debts that you can no longer pay – for whatever reason.  Many famous people have filed bankruptcy and gone on to be financially successful.  A partial list includes:

The roots of modern day bankruptcy can be found in the Bible and U.S. Constitution. Under Biblical law, the release of debts came at the end of seven (7) years.

“At the end of every seven years you shall grant a release of debts.  And this is the form of the release: Every creditor who has lent anything to his neighbor shall release it; he shall not require it of his neighbor or his brother, because it is called the LORD’s release” (Deuteronomy 15:1-2).

The U.S. Constitution provides for the congressional creation of bankruptcy laws in Article 1, Section 8:

“To establish a uniform rule of naturalization, and uniform laws on the subject of bankruptcies throughout the United States;”

In either Chapter, the Bankruptcy filing STOPS any legal or collection efforts against you.  This means that garnishments, foreclosures, and all other collection efforts must stop.  In some cases legal action and collections can be restarted, but in most cases, once the bankruptcy is filed, collection on the debt is forever stopped.

While filing bankruptcy can be a pretty straightforward process, there are many pitfalls and intricacies that can trip up the inexperienced debtor.  It is a big decision that can affect almost every aspect of your life.    It only makes sense to consult a qualified bankruptcy attorney to find out if bankruptcy can help you.

For informational purposes only and not to be relied upon as legal advice.

by John A. Pinzelik

How to Keep your Legal Fees Down